Today, we are proud to be the largest independent funeral director in Northampton, but interestingly Hollowells didn’t start out in the funeral sector. Our company history is an unusual one – read on to find out more about our journey. 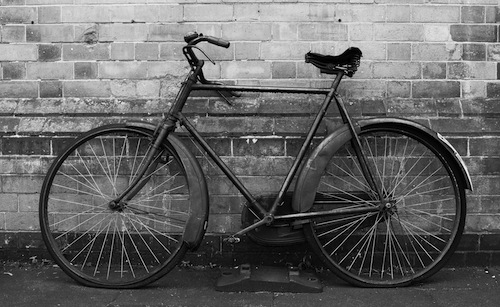 At the end of the second world war, Bernard Hollowell returned to Brafield to re-join his wife, Essie, and begin a job in the local cycle shop as a employee of Mr Johnson.
Bernard and Essie lived in ‘The Hollies’ in Bedford Road, Brafield, where in 1947 their son Paul Hollowell was born.

After the war the transport industry began to change, more motor cars appeared on the roads needing petrol to run, so a hand pump was installed at the Brafield Cycle Shop. To move with the times, the name was changed to Johnson’s Garage and two further petrol pumps were installed.

Along with the petrol pumps, the business also owned two cars, a Chrysler and a Dodge which were used for private hire, taking people to Northampton and on Saturdays on holiday to Great Yarmouth, Skegness or other seaside resorts, returning them the following Saturday. Whatever the car transport need – Johnson’s were happy to help.

Sadly, in 1952 Mr Johnson was taken ill and died, his widow decided to sell the business and kindly gave Bernard and Essie first refusal. Keen to take Mrs Johnson up on her offer, Bernard borrowed money from his parents and the Bank. The business was purchased and a new era began.

The Hollowells take the helm 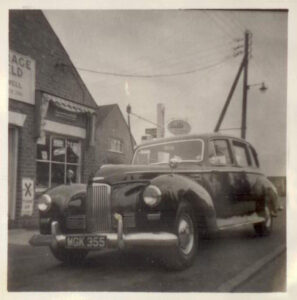 With the Hollowell family in charge, small business flourished over the next few years.

The two old cars were replaced by two second hand Humber Pullman limousines, and the petrol pumps were changed to electric ones.

Having the two Humber Pullman limousines, Bernard was asked by the local funeral directors in Northampton if he could provide them for use for funeral services, and so the Carriage Master side of the company was started.

With this change came the new name for the company – B.Hollowell & Son. Paul Hollowell, still being a boy of about eight years old at the time, proudly used to point to the sign over the shop door and say to people “that’s me!”

B. Hollowell & Son begins to flourish

Over time, the company limousines became more popular than ever, serving funerals for other towns such as Stony Stratford, Towcester, Brackley, Wellingborough and Kettering.

Keeping with automobile trends, the Humber Pullman’s were replaced with Austin Princess’s, then Daimler’s and eventually, Mercedes limousines. Soon six limousines could be seen leaving and returning to the company Brafield garages.

At the age of 19 Paul joined the family business, which had grown substantially by this time, staff were employed to work in the shop and part-time drivers to drive the limousines for the booked events including funerals and weddings.

Annette, Paul’s fiancée stepped in to help run the business, and in 1968 Paul and Annette were married at All Saints Church, Flore. The following year Simon was born, followed in 1972 by Ann and then in 1979 by Clare – the next generation of the Hollowell family. 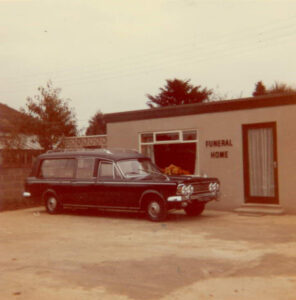 On October 15th 1972 the Funeral Home of B. Hollowell & Son was established at 4-6 Bedford Road, Brafield on the Green. Business grew and in 1978 another property was acquired and the company opened its first Funeral Home in Northampton at 148 Beech Avenue, Abington.

In 1987, the premises next door, 150 Beech Avenue was purchased and the Catering Suite was added to the already growing list of services for funerals supplied by the company. Floral Tributes were created by Annette (a trained florist) out of her own workshop at Beech Avenue.

The acquisition of W K Burbidge

W K Burbidge used to provide a popular taxi and funeral service in Northampton, and when Bill Burbidge retired in 1992, the company was acquired by B. Hollowell & Son leading to more growth for the flourishing funeral directors.

Hearses and limousines were changed from Daimlers to Fords then to Vauxhalls and then to the distinctive Mercedes with our special number plates 100 BHS that recognised across Northampton today. 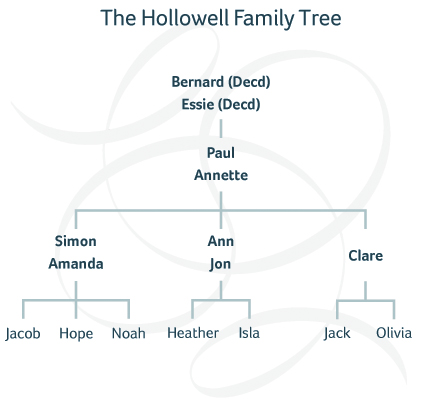 Over the last 30 years our company has come from the smallest to the largest privately owned funeral directors in Northampton and is still very much a family company, with Paul, Annette, Simon and Clare involved with and responsible for the running of the company.

In these modern times the demands made on the funeral director are greater than ever and we’re always looking to move with the times.

2014 sees an exciting change for our family business, we’ve created a fresh new face for the company – you can see our new brand at the top of this new website, we have also shortened our name to Hollowells.

Paul Hollowell recently said, “The new name and logo represents us and speaks of who we are, it defines us as being proud to be Northampton’s largest independently owned funeral directors.”

“The boldness of the letter ‘H’ in our new logo reflects our heritage and shows just how far we have come in our 42 year history. It is classic yet modern and evolving design.”

“It is my hope that the new name and logo will become a symbol of trust throughout Northampton.” 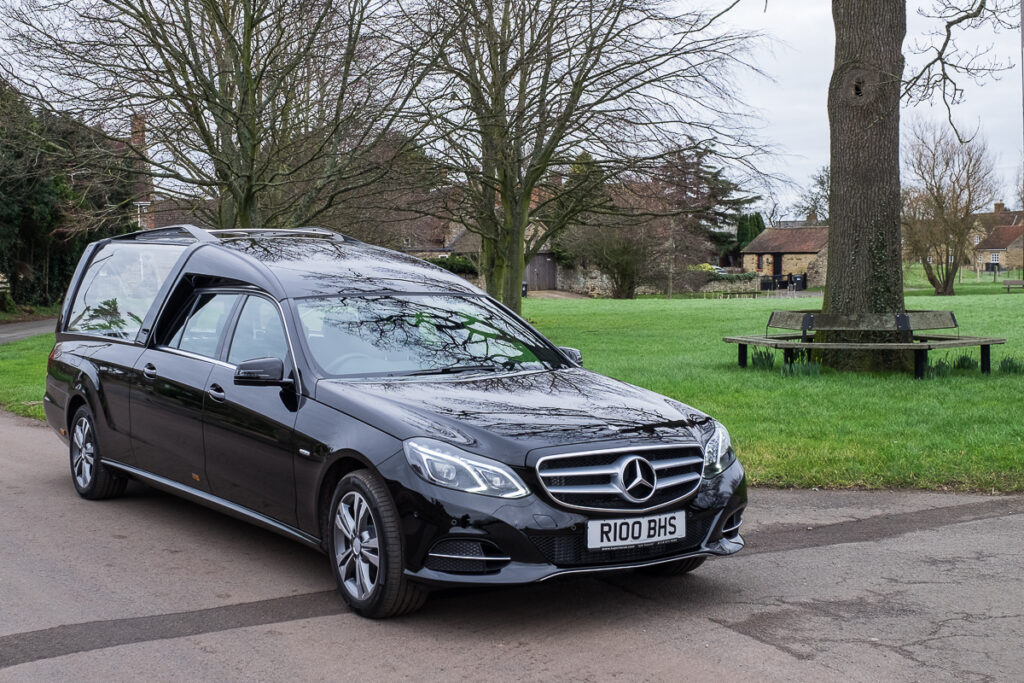 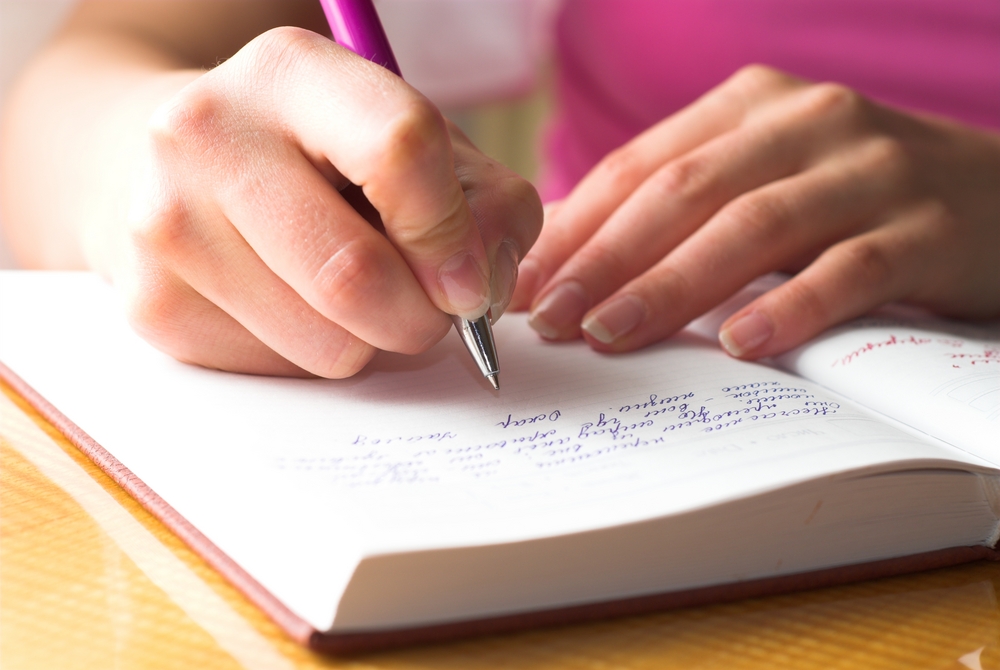 A weight off your mind. Use this form to set out your wishes for your own funeral. Submit this form and we will contact you to set these plans in place, all ready for when the time comes. 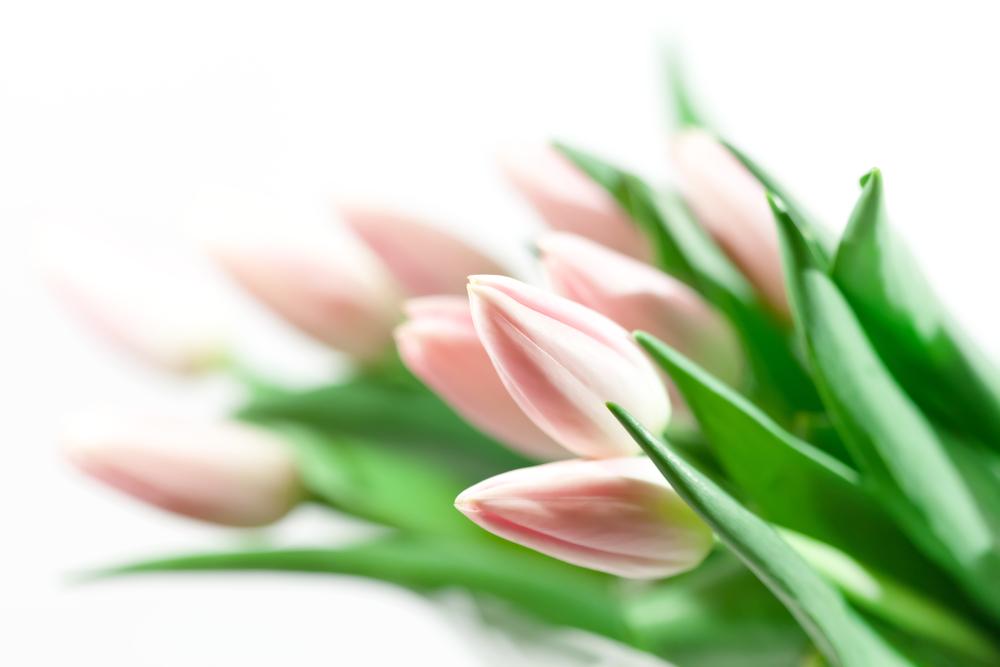 We have one of the largest selection of floral tributes prepared for Hollowells courtesy of Tony Jones Florist of Northampton.

We have a selection of menus you can choose from, along with a funeral reception suite. 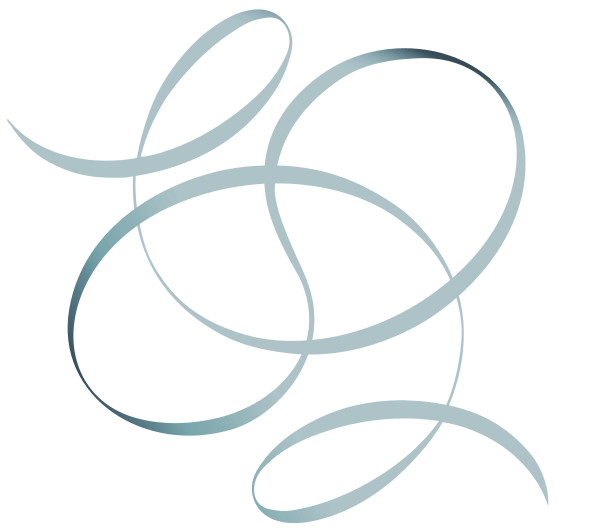 Good News! Its been a while but our Catering Suite is now open and ready to be used. Please talk [...]

Registering a Death and the Sunsetting of the Coronavirus Act 2020

From midnight on 24th March the primary legislation set out as an emergency measure in the Coronavirus Act 2020 regarding [...]